The Bible prophesies: “If therefore you shall not watch, I will come on you as a thief” (Revelation 3:3). “Behold, I come as a thief” (Revelation 16:15). A lot of people feel perplexed: The Bible prophesies that the Lord will come with clouds and that all eyes will see Him, so how come it also says that the Lord Jesus will come like a thief in the night? What does this mean? How will it be fulfilled? Let’s fellowship on this. These verses clearly tell us that the Lord shall return as the “coming of the Son of man.” The “Son of man” refers to God incarnate, that is to say, only the One born of man with normal humanity could be called the Son of man. If He came in the Spirit or in the Lord’s resurrected spiritual body, which is very transcendent, then it would not be possible to call Him the Son of man. So, the coming of the Son of man in the last days without a doubt means that God will become flesh and descend secretly among humans, and only in this way will He suffer many hardships and be rejected by this generation. Just as when the Lord Jesus incarnated to live among man, nobody knew that He was God incarnate, so all treated Him like a normal human being, and in the end, the Pharisees colluded with the Roman government to crucify the Lord. So the Lord returning in secret “as a thief” means that He will incarnate in the last days as the Son of man to work among people. Perhaps some people will say that if, when the Lord returns, He incarnates in the flesh and comes in secret, then how will the prophecies of the Lord’s coming in clouds be fulfilled? Aren’t these contradictory accounts? Absolutely not. The prophecies in the Bible will all be fulfilled; none of them will come to nothing. Actually, the Lord’s return will be done in stages. He will come in secret before the disasters arrive, and appear openly after the disasters. That is, after His secret work has been completed, He will reveal Himself openly to man. This way, the prophecies of the Lord’s return will all be fulfilled and they aren’t contradictory at all. It will be like when the Lord Jesus came to work: He first incarnated as the Son of man and descended in secret. After He was nailed to the cross and completed His work, He rose from the dead. He publicly appeared to people for forty days and then ascended to heaven. Clearly, in the last days, only by welcoming the Lord’s return during His hidden advent will we be able to attend the feast with the Lord.

The Lord once prophesied: “I have yet many things to say to you, but you cannot bear them now. However, when He, the Spirit of truth, is come, He will guide you into all truth: for He shall not speak of Himself; but whatever He shall hear, that shall He speak: and He will show you things to come” (John 16:12–13). “My sheep hear My voice, and I know them, and they follow Me” (John 10:27). And Revelation 3:20 says, “Behold, I stand at the door, and knock: if any man hear My voice, and open the door, I will come in to him, and will sup with him, and he with Me.” It is also prophesied seven times in Revelation chapters 2 and 3: “He that has an ear, let him hear what the Spirit says to the churches.”

As can be seen from these prophecies, when the Lord comes secretly in the flesh, He will express the truth and knock at the doors to our hearts with His utterances. All wise virgins will seek to hear God’s voice, then recognize God’s voice and accept the truth expressed by God—this is welcoming the Lord, being raptured before God’s throne and dining with the Lord at the wedding feast. Take Peter, the Samaritan woman and Nathaniel, for example. They recognized the Lord Jesus as the Messiah by listening to God’s voice, then accepted and started following the Lord Jesus, and gained His salvation. So, if we hear someone testifying that the Lord Jesus has returned, we must take heed to listen to God’s voice to see whether it contains expressions of the truth, for only in this way can we recognize God’s voice and welcome the Lord’s return.

In the world today, only The Church of Almighty God is testifying that the Lord Jesus has returned in the flesh as Almighty God. He has done the work of judgment beginning from the house of God, and expressed all the truths to purify and save mankind. Almighty God’s appearance and work fulfill not only the prophecies of the Lord coming in secret but also those of His incarnating as the Son of man to do the work of judgment. Just as the Lord Jesus said: “He that rejects Me, and receives not My words, has one that judges him: the word that I have spoken, the same shall judge him in the last day” (John 12:48). “For the Father judges no man, but has committed all judgment to the Son” (John 5:22). “Sanctify them through Your truth: Your word is truth” (John 17:17). And it says in 1 Peter 4:17, “For the time is come that judgment must begin at the house of God.”

Almighty God has expressed millions of words, judged and exposed the truth of mankind’s corruption by Satan, revealed mankind’s satanic nature and essence and the source of mankind’s resistance to God, and showed people the way to cast off their sinful nature and achieve dispositional change. He has also expressed His righteous disposition, what God has and is…. These are the truths that we must be equipped with to be saved and enter the kingdom of heaven.

Now, Almighty God’s words have been published online—The Church of Almighty God is openly testifying to all nations that the Son of man of the last days has appeared. Many people who love the truth and yearn for the Lord’s return have read Almighty God’s words, and feel that they are the same as the Lord Jesus’ words—they both have authority and power, and can supply people with life, resolve their various difficulties and give them a path of practice. Thus, they have determined that Almighty God’s words are God’s voice and that Almighty God is the returned Lord, and have accepted Almighty God’s work in the last days in droves, returning before God’s throne. These people are the wise virgins who have welcomed the Lord. After God has made a group of overcomers, God’s great work shall be accomplished and the work of the secret coming of God incarnate will be over. God will then begin to unleash the great disasters to reward the good and punish the wicked. All who are made into overcomers before the disasters will come under God’s protection and will survive; all the foolish virgins who don’t pay heed to seeking to hear God’s voice and don’t accept God’s secret work, and those who resist and condemn Almighty God, Christ of the last days, will be exposed as the false believers, the evil servants and antichrists, and finally be swept away by the great disasters with much weeping and gnashing of teeth. Once the great disasters have passed, God will appear openly to all nations and peoples. That’s when the prophecy of the Lord coming on the clouds will be fulfilled: “Behold, He comes with clouds; and every eye shall see Him, and they also which pierced Him: and all kindreds of the earth shall wail because of Him” (Revelation 1:7).

As can be seen, at the stage when Almighty God incarnate works in secret, He does so to save and perfect man, and when He appears openly to man, He shall reward the good and punish the evil. If we wish to be made into overcomers by God before the disasters, we must seek and accept the work of the secret coming of Almighty God incarnate. If we never do that, then we will most certainly be swept up in the disasters and punished.

Editor’s Note: From this fellowship, do you now know how to understand the Lord Jesus will come like a thief in the night, as prophesied in Revelation? If this article has been helpful for you to welcome the Lord, please share it with others. Should you have any further confusion or questions, please feel free to click on our contact box below to get in touch. We are available 24 hours a day ready to answer your questions. 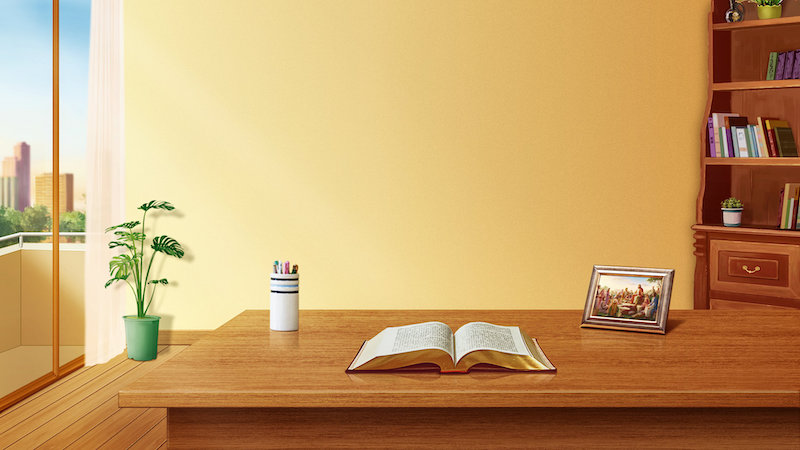 Previous Post What the Marriage Supper of the Lamb Is and How to Attend It
Next Post Do You Know These 5 Signs of Jesus’ Second Coming Have Appeared?

It is recorded in Matthew 24:24, “For there shall arise false Christs, and false prophets, and shall show great signs and wonders; so that, if it were…

Prophecies Concerned With the Lord’s Coming in Secret When it comes to how Jesus will return when He comes again, many believers, just based on a few …

How the Prophecies of Jesus’ Second Coming Will Be Fulfilled

The greatest wish of believers in the Lord Jesus is to welcome Him in the last days, and so many want to learn about how the prophecies of Jesus’ seco…

How to Be Ready for Jesus’ Return

We all know that the Lord Jesus will return in the last days, so how should we be ready for Jesus’ return? Today, let us discuss and explore this issu…