At present, many people are bearing witness to the Lord Jesus’ return, but some of the brothers and sisters are confused by a verse in the Bible, “But of that day and hour knows no man, no, not the angels of heaven, but my Father only” (Matthew 24:36). They say that if the time and date of the Lord’s return are unknown, then how can those bearing witness know that the Lord has returned? As a result, they hesitate, and lack the courage to investigate and accept it. So how should we interpret this verse in a way that is in accordance with God’s intention? With regards to this question, let’s fellowship for a while. 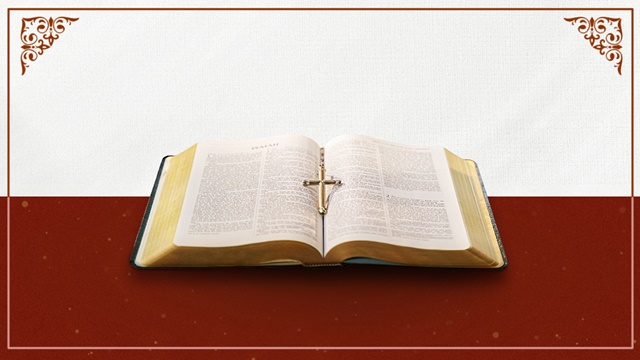 In the verse it says, “But of that day and that hour knows no man,” which means that the time and date of the Lord’s return are unknown. In other words, the specific time of the Lord’s return is not known by anybody, but that certainly doesn’t mean that no one knows that the Lord has returned. It’s just like in the Age of Law when Jehovah used the prophets to proclaim the coming of the Messiah but didn’t specify how or when the Messiah was going to come. But when the Messiah (the Lord Jesus) did come and begin His work, many people knew that the Messiah had arrived. In the same way, the exact time of the return of the Lord of the last days is also unknown, but when the Lord returns and starts to do work then some people will be aware of it. That’s because the Lord will return to save people and take them into the kingdom of heaven, so if no one knew about it how could we follow and believe in Him? And how could the Lord accomplish His work of saving mankind?

Maybe some people will ask how those in the know are able to recognize that the Lord has returned. If we think about when the Lord Jesus came to do His work, what did His followers base their knowledge that the Lord Jesus was the Messiah on? They recognized Him primarily from what He said. The Lord Jesus began His ministry by spreading the gospel of the kingdom of heaven, by getting people to confess their sins and repent, by teaching people how to tolerate and forgive others and love their enemies, etc. All of His words are the words of life, and are what we people need. In addition, the Lord Jesus’ words were full of authority; they were words that could bring the dead back to life, make cripples walk again, and reveal people’s corrupt substance. The work of the Lord Jesus was a stage of new work built upon the foundation of the work done in the Age of Law. It was work that gave people a new way to practice and new knowledge of God. The work that the Lord Jesus did could not have been done by anyone else. Those who followed the Lord Jesus in that era could tell from His words and work that He was mankind’s great Redeemer.

In the same way, when the Lord comes in the last days, we must also listen closely to God’s utterances, because the Lord Jesus prophesied, “He that has an ear, let him hear what the Spirit says to the churches” (Revelation 3:6), “I have yet many things to say to you, but you cannot bear them now. However, when he, the Spirit of truth, is come, he will guide you into all truth: for he shall not speak of himself; but whatever he shall hear, that shall he speak: and he will show you things to come” (John 16:12-13). From these verses we can be sure that the Lord will speak when He returns. Wherever God appears, His voice will also be present, so we should carefully seek out the voice of the Holy Spirit speaking to the churches. When we hear that someone is spreading the good news about the Lord’s coming we must actively seek and investigate, and listen attentively to see if it is the voice of the Lord so that we don’t miss the chance to welcome the Lord’s return.

Brothers and sisters, are we still confused about the verse, “But of that day and that hour knows no man”? Are we still willing to make a rule that when the Lord comes no one will know? If we just go with the literal meaning of the Bible verse and say that no one knows the time and date of the Lord’s return, then we will never be able to welcome Him back!

Next Post Reflection on John 20:29: Do Not Repeat Thomas’ Mistake in Welcoming the Lord’s Return

Do you want to learn about the mystery of the book sealed with seven seals prophesied in Revelation chapter 5? Read now.