What Is the Meaning of the Son of Man

Through studying the Bible, it’s easy to see the Lord Jesus repeatedly prophesied that His return would be “the coming of the Son of man.” For example, “For as the lightning comes out of the east, and shines even to the west; so shall also the coming of the Son of man be” (Matthew 24:27). “Therefore be you also ready: for in such an hour as you think not the Son of man comes” (Matthew 24:44). “For as the lightning, that lightens out of the one part under heaven, shines to the other part under heaven; so shall also the Son of man be in His day. But first must He suffer many things, and be rejected of this generation” (Luke 17:24–25). So, understanding what Son of man really means is critical for us welcoming the Lord. Many people, however, don’t understand the meaning of the Son of man. Then what does it mean? Let’s fellowship and explore this issue below.

As the name implies, the Son of man refers to someone born of man and with normal humanity. If He were a Spirit, then He couldn’t be called the Son of man. For example, Jehovah God is the Spirit, and so can’t be called the Son of man; angels are spiritual beings, and so can’t be called the Son of man, either. The incarnated Lord Jesus was called the Son of man and Christ because He was conceived by the Holy Spirit and became an ordinary and normal man, living in the company of other men. From the outside, He looked just like an ordinary, normal man, but He was the incarnation of God’s Spirit, and was God in essence. Just as God’s words say, “The ‘incarnation’ is God’s appearance in the flesh; God works among created mankind in the image of the flesh. So for God to be incarnated, He must first be flesh, flesh with normal humanity; this is the most basic prerequisite. In fact, the implication of God’s incarnation is that God lives and works in the flesh, that God in His very essence becomes flesh, becomes a man.”

As we can see, the Son of man refers to Christ in the flesh who possesses normal humanity and also complete divinity. For example, the Lord Jesus appeared from the outside to be an ordinary, normal man. He lived among people in a practical way; He ate, clothed Himself, and lived as a regular person. He had the routines of a normal person and grew up just like anyone. From the outside, there was nothing to set Him apart from anyone else. However, He was the flesh worn by God’s Spirit, and was the incarnate God Himself and Christ. He possessed a divine essence—He was the embodiment of the truth. God’s disposition, what God has and is, and God’s almightiness and wisdom were all realized within that fleshly form. That’s why the Lord Jesus could do the work of redeeming mankind through crucifixion, bring to man the way of repentance, and express the truth anytime and anyplace in accordance with people’s needs to supply them—this is beyond the capability of any person.

So, the Son of man means God’s Spirit clothed in flesh, that is, the realization of God’s Spirit in a fleshly body with normal humanity and normal thinking. He becomes an ordinary and normal person to work and speak among men. The incarnate Son of man is possessed of both normal humanity and complete divinity. Although He appears very common and normal from the outside, He is able to take on God’s work, and express the truth to save mankind. This is the incarnate Son of man, the practical God Himself.

The Son of Man in the Last Days Has Appeared

Now we have known what Son of man really means, then it’s easy to understand the meaning of the Lord returning as the Son of man prophesied repeatedly in the Bible. It means that God will still become flesh to do His work in the last days, and that just like the Lord Jesus, He will come to the earth in the image of an ordinary, normal Son of man to save mankind. Just as it says in the prophecy, “For as the lightning, that lightens out of the one part under heaven, shines to the other part under heaven; so shall also the Son of man be in His day. But first must He suffer many things, and be rejected of this generation” (Luke 17:24–25).

Now, the prophecies of the coming of the Son of man have been fulfilled. Throughout the entire world, only The Church of Almighty God is openly testifying that the Lord Jesus has returned as the incarnated Almighty God. On the foundation of the Lord Jesus’ work of redemption, Almighty God has expressed truths and is doing the work of judgment beginning with God’s house; He has told us all the truths necessary for corrupt mankind to attain purification and full salvation. These truths include the mysteries of God’s three stages of work, the mysteries of God’s six-thousand-year management plan of saving mankind, the mysteries of God’s incarnation, the mysteries of God’s name, how God saves mankind, how Satan corrupts mankind, what each kind of person’s outcome and destination will be, what the beauty of Christ’s kingdom will be, and more. Almighty God has revealed the truth of mankind’s corruption by Satan, man’s satanic nature and essence, and the root of mankind’s resistance to God. He also shows us the truths we should practice, such as how to be an honest person, how to serve in accordance with God’s will, how to build a normal relationship with God, how to cast off our sinful nature and attain full salvation, how to truly repent, how to fear God and shun evil, how to obey and love God, etc. Almighty God’s work precisely fulfills the Lord Jesus’ prophecies, “I have yet many things to say to you, but you cannot bear them now. However, when He, the Spirit of truth, is come, He will guide you into all truth: for He shall not speak of Himself; but whatever He shall hear, that shall He speak: and He will show you things to come” (John 16:12–13). “He that rejects Me, and receives not My words, has one that judges him: the word that I have spoken, the same shall judge him in the last day” (John 12:48). “For the time is come that judgment must begin at the house of God” (1 Peter 4:17).

Apart from God Himself, who could reveal the mysteries of God’s six-thousand-year management plan? Who could judge and expose the root of mankind’s sin? Who could save us from the bondage of sin and purify us? Almighty God’s work completely proves that Almighty God is the incarnate Son of man in the last days, and is Christ. Only by accepting the truths expressed by Almighty God can we attain full salvation and enter the heavenly kingdom.

Editor’s Note: I trust the fellowship above will help you understand what Son of man means in the Bible. If this article has been helpful to you, please share it with others so that they can understand the true meaning of the Son of man and welcome the incarnate Son of man in the last days. If you find you have any other issues or questions in your belief, please feel free to contact us using the online chat buttons at the bottom. We are online 24 hours a day ready to answer your questions. 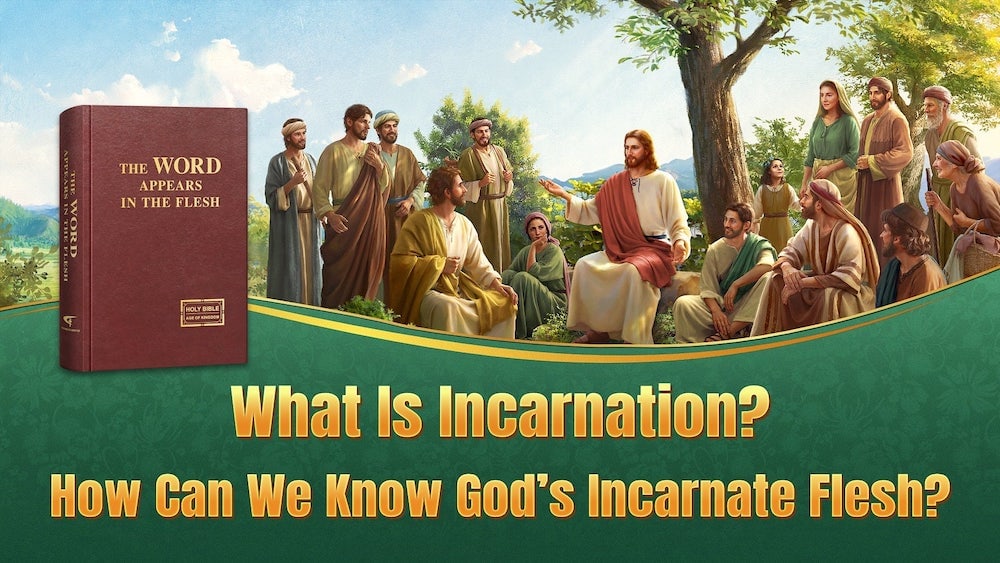 What Is Incarnation? How Can We Know God’s Incarnate Flesh?
More

Previous Post What Is Incarnation? How Can We Know God’s Incarnate Flesh?
Next Post What’s the Meaning of “I am the Way, the Truth, and the Life” Said by the Lord?

What’s the Meaning of “I am the Way, the Truth, and the Life” Said by the Lord?

The Lord Jesus said, “I Am the Way, the Truth, and the Life.” Do you know what it truly means? Read now to learn more.

As for what Christ means, this is a mystery of the truth that we believers in the Lord fail to understand. Although we all know the Lord Jesus was Chr…